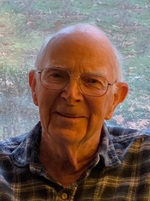 WARREN, Alexander, age 91, of Atlantic Highlands, died on April 24, 2022. Born on October 9, 1930 to Edward and Ada Warren, he settled in Atlantic Highlands many years ago. He was a mechanical engineer retiring from Sieman’s Corporation in Somerset.

Alex is survived by his wife, Shirley (nee Heimerl), his son, Andrew, his daughter, Leslie, his grandsons, Ian and John, and his granddaughter, Alyssa. We will all miss him, and will honor his memory.

I’m sure my father would be delighted to know that, for one of the few times in his life, he has left me speechless. As a child, when we would argue or disagree, he would often say to me “My dad used to drive me crazy too. But the funny thing was, the older I got, the smarter he got!” And of course, to this day, I find myself thinking back to his words of wisdom more than I ever could have imagined. “If you do it right the first time, you don’t have to do it again.” “It’s easier to tell the truth than remember a lie.” “A fool and his money are soon parted.”

To my own detriment, I can’t say I’ve always taken his advice. But I have tried to live up to the example he set for me as a man, and more importantly, as a human being. In a world too-often filled with hatred and divisiveness, Alex Warren embraced kindness, dignity, honor, and tolerance. As a young man, he worked hard to put himself through college, and to explore the world through the lens of science. As an engineer, Alex spent his life embracing knowledge, and always strove to rise above the petty weaknesses of ignorance and intolerance that plagued the world, both then and now. His hands and mind helped shape components aboard the Voyager space probes, which even now travel beyond the solar winds toward interstellar space… truly where no one has gone before.

But if asked, he would no doubt say that he was most proud of the family he raised. He instilled in his children the same values by which he lived his life. These traits have been passed along to his grandchildren as well. Kindness, honor, dignity and tolerance.

A life-long dog person, Alex loved and was loved by Sandy, Lancelot, Merlin, Duke, Keith, and many others. We sincerely hope he is reunited with his beloved pets across the rainbow bridge.