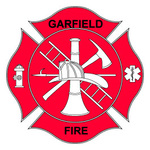 HOMYACK, Barry N., age 71, of Toms River, died on December 23, 2020. He was born in Passaic living in Garfield 66 years settling in Toms River in 2015. He was a black seal boiler operator for Felician Sisters in Lodi retiring in 2004, and was previously an electronic inspector technician with EAC and Bendix Corp. in Teterboro. Barry served his community as a volunteer firefighter 32 years for the Garfield Fire Department - Company 3 and Company 4, was a member of the NJ Exempt Firemen's Association, and the Toms River American Legion - Post 129 where he called bingo. He is survived by his adored wife of 44 years, Carol A. (nee Adametz). All services were privately held with his burial at Calvary Cemetery, Paterson. The Homyack family is in the care of the Aloia Funeral Home, 180 Harrison Ave., Garfield (973-340-7077). Condolences/Directions visit aloiafuneral.com