In Memory of
Richard
Zinn
1924 - 2018
Click above to light a memorial candle.
Memorial Candle Tribute From
Aloia Funeral Home, Inc.
"We are honored to provide this Book of Memories to the family."
View full message >>>
Send Flowers
Menu

In the event that there is an error
in the information presented,
please contact the funeral
home by clicking here. 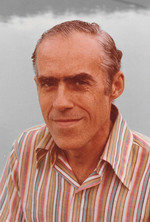 ZINN, Richard, age 94, loving husband of St. Mark’s parishioner, died on Easter Sunday, April 1, 2018, at Hackensack University Medical Center. He was born March 5, 1924 to Abraham and Esther (Levine) Zinn – Orthodox Jews, who owned Zinn's Health Food Store in Newark. He had an older sister Fay and a brother who died while very young. The family owned a health food store in Newark, where Richard worked until its closing. Richard joined the Army Air Corps, during World War II. He was assigned to bombers over Germany, where his job was communicating in code with the ground command.

In 1974 Richard met Helen Paul, a nurse, while traveling by bus to Tanglewood from New York City for a day of music. They were soon married and continued their love for music with Richard, a passionate opera lover, frequently attending performances of the Metropolitan Opera. When he could no longer drive himself or take a bus, he would never miss a Live from the Met performance on the radio. After marriage they took a seven-month trip around the world, visiting, France, Istanbul, Southern Europe, the East Coast of Africa, Asia, the South Pacific and Australia – traveling alternatively by air, rail, and boat – a trip of a lifetime! Helen recalls that they felt that Bali, their favorite stop, was heavenly – a slice of paradise!

The couple lived in several New Jersey communities before buying a home in Teaneck. Richard became a loyal member of the Ethical Culture Society of Bergen County in Teaneck, while Helen was a leader in St. Mark’s Episcopal Church in Teaneck.

Richard, a lifelong vegetarian, was living proof that vegetarianism as a lifestyle can lead to a life of stamina, endurance, and strength. An avid hiker, Richard was well known for leading hikes along the Appalachian Trail, Pennsylvania, New York, and other venues, well into his 80s. He and Helen looked forward each year to the week they would spend at the Appalachian Mountain Club’s Fire Island Lodge. They had a love for the out-of-doors and, until recently, also took loved to vacation in rustic cabins in lakeside lodges. The woods provided much sought-after solace.

He is survived by his loving wife Helen, their loyal friend Brenda Allen, and a host of friends. The couple had no children.