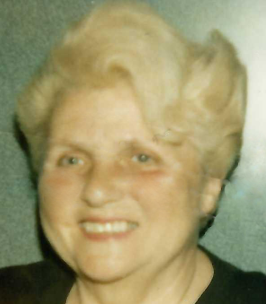 MARZITELLI, Doris F., age 90, a lifelong resident of Garfield, peacefully died on September 16, 2022. Born in Passaic, Doris lived in Garfield for 89 years moving to Bridgewater the past year to be taken care of by her daughter and son-in-law. Doris was a circuit board maker 30 years in the Electronics Division for the Space Program with Allied Signal/Bendix Corporation in Teterboro retiring in 1992. She was a parishioner of Most Holy Name RC Church in Garfield and a member of the Holy Name Women’s Club, she was past president of the Garfield VFW Post 2867 Women’s Auxiliary, a member of the Garfield American Legion, a loyal Jets Football Fan, an avid Bingo enthusiast playing 20 years at every local Bingo Game, and she loved to vacation with her family the past 30 years in Aruba. She was a resident of the Belmont Gardens and Golden Towers since 1996 before moving to Bridgewater. She is predeceased by her loving husband of 54 years, Louis M. in 2005 and a her son, Louis B. in 2016, her mother, Margery Pearce, and two siblings, Walter in 1995 and Joyce Bently in 1976. Doris is survived by three devoted children, Sharon Nolan and husband Kevin of Bridgewater, Gale Latona and husband Tony of Atlantic City, and Michael Marzitelli of Montclair, five cherished grandchildren, Pearl Ann(John) of Pittsburg, Kevin(Ashley) of London, Cailen (Derrick) of Samong, Sara(Jackie) of FarHills, Michael of Lyndhurst, and three great-grandchildren, Kaleigh, Aidan and Reley.
Graveside services will be Tuesday 10 am at St. Nicholas Cemetery, Lodi. A Memorial Mass will be at a later date at The Shrine of the Blessed Sacrament in Raritan. In lieu of flowers donations may be made to the Garfield VFW Post 2867, 340 Outwater Lane, Garfield. The Marzitelli family is in the care of the Aloia Funeral Home, 180 Harrison Ave., Garfield (973-340-7077). Condolences/Directions visit aloiafuneral.com

“...grieve not, nor speak of me with tears, but laugh and talk of me as if I were beside you...I loved you so- ‘twas Heaven here with you.”