To share your memory on the wall of Eleanor \"Ellie\" Zarcone, sign in using one of the following options:

We encourage you to share your most beloved memories of Eleanor "Ellie" here, so that the family and other loved ones can always see it. You can upload cherished photographs, or share your favorite stories, and can even comment on those shared by others.

Posted Feb 17, 2021 at 11:07am
My favorite childhood memories include Ellie and Mike from spending years of summer vacations at Sunset Camps. My deepest sympathies are with your family and friends at this time. I hope that you know she is thought of from deep fondness. She even remembered me when I brought my own children there. God bless!
Kathy Rancourt Cote, Vassalboro Maine
Comment Share
Share via: 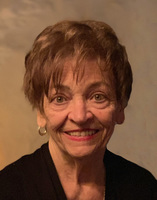