To share your memory on the wall of Irving Elliott, sign in using one of the following options:

Irv was born in Philadelphia, PA to Herman and Pauline Elitsky on November 5, 1923. Irv’s parents died before his high school years ended and he and his brother learned skills, which helped shape their future.

Irv enlisted in the Navy during WWII and served in the Pacific Theater as a gunner in a Naval recon plane.

Irv’s sales prowess took him from taxi driver, milkman, appliance salesman, to executive leadership in an import/export company, where he retired.

Irv played tennis into his 90’s and returned to work selling flooring and carpeting – a job he loved.

Services will be held at a future date.

We encourage you to share your most beloved memories of Irving here, so that the family and other loved ones can always see it. You can upload cherished photographs, or share your favorite stories, and can even comment on those shared by others. 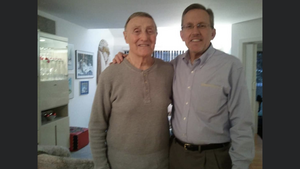 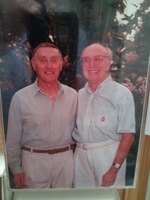