To share your memory on the wall of Vito Michael Palmadessa, sign in using one of the following options:

We encourage you to share your most beloved memories of Vito Michael here, so that the family and other loved ones can always see it. You can upload cherished photographs, or share your favorite stories, and can even comment on those shared by others.

Posted Jun 10, 2021 at 07:49am
With deepest sorrow and most deepest sympathy The Vasi Family

Posted Jun 09, 2021 at 06:38am
Vito is one of the most loving, caring people I have ever known. He brought much joy and will always remain in my heart. I will miss him.
Laura Raucci
Comment Share
Share via: 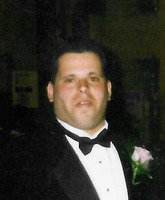