To share your memory on the wall of John A. Goffredo, Sr., sign in using one of the following options:

Provide comfort for the family by sending flowers or planting a tree in memory of John A. Goffredo, Sr.

Provide comfort for the family by sending flowers or planting a tree in memory of John A. Goffredo, Sr.

We encourage you to share your most beloved memories of John A. here, so that the family and other loved ones can always see it. You can upload cherished photographs, or share your favorite stories, and can even comment on those shared by others.

Feliza Mirasol, The Krause & Ranuska Families, and other have sent flowers to the family of John A. Goffredo, Sr.
Show you care by sending flowers

Posted Feb 10, 2021 at 08:48am
To the Goffredo family- sorry for the loss of a father, grandfather, father-in-law, and someone who no doubt had many other roles in other people's lives. My thoughts are with you all and may you find comfort as you share happy memories.
Comment Share
Share via:
RC

Posted Feb 08, 2021 at 03:47pm
Megan, Jesse and John
Our prayers to you and the family. John was a friend that will be missed. His sense of humor and devotion to family was so memorable. Per your wishes we have made a donation to the DAV in his memory. Love Rich and Cher
Comment Share
Share via:
MD

Posted Feb 08, 2021 at 08:53am
To Megan, Jesse, John and family.......we were so sorry to hear about John's passing.....our prayers and thoughts are with your family...may he rest in peace and be reunited with your Mom in heaven.... Love the Denny Family ....Mike, Mildred, Nicole and Kristin
Comment Share
Share via:
B 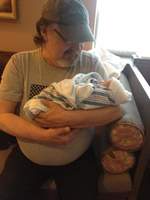 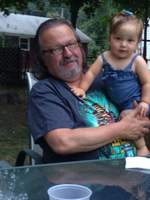